The United Nations was founded in 1945 and currently has one hundred and ninety-three member states. In September 2015 the UN formally committed itself to seventeen global Sustainable Development Goals (SDGs). Of the seventeen UN SDGs number ten, Reduced Inequalities, is the one that most cries out to be reworded. In a world where, according to an Oxfam report released in the same week as the Davos economic summit in January 2017, less than 10 people own as much as the poorest 50% of the planets population[1]. A goal to reduce a level of inequality that staggering is so nebulous it could constitute virtually anything, for example, the dozen richest people owning as much as the poorest 49% of society would qualify. Instead, it should be stated as Dynamic Equality. In an eternally changing reality, absolute equality is not possible but minimal inequality is; provided that new non-debt based forms of currency exist, as part of a wider Postcapitalist paradigm change. Part of the system change required is to reject the current financial system based on fractional reserve banking, and instigate new transparent mediums of exchange based on reciprocity. Dynamic equality, however, requires not just systems change but consciousness change of humans.

Change is the fundamental dynamic of the universe and so equality, a positive adjective, amongst all humans must, by definition, be dynamic; another positive adjective. Like water flowing in a stream equality between women & men, the myriad of races / ethnicities, the song of our many languages, the dances of our cultures, the flavours of our cuisines, our differing artistic visions; the subtleties of our anecdotes and stories will always have their eddies & flows, and yet may still remain dynamically equal. The Ying and Yang of dynamic equality must be the lifeblood of any sustainable Postcapitalist paradigm; dynamic equality can never be merely an add-on.

But what constitutes Dynamic Equality? First let us define what it is not. It is not; based on the implicit or explicit threat of violence; based on ability to pay within a fractional reserve banking system based on a fiat currency; predetermined at birth; based on gender; blind to differences; dependent on religion, philosophy or a lack thereof; unchanging. Dynamic Equality has a Ying/Yang quality of fluidity and strength, meritocracy with minimal hierarchy. Humans are valued by how they conduct themselves and what they contribute to the community not on what they can steal and horde.

Aristotle is once said to have observed, “Truth lies between two extremes but rarely in the middle.” Rights & Responsibilities are the two sides of the coin of reciprocity (the nature of reciprocity or Tit-For-Tat, as it is sometimes known, will be explored in detail in a future blog post). Salt & Pepper; Black & White; Positive & Negative; Left & Right; One & Zero; Male & Female; Night & Day; Rights & Responsibilities; they all come as dualities not as a pair of individuals. The dynamic that plays out through people’s interplay at all levels; individuals, lovers, friends, peers, colleagues, families, communities, governments, planetary; is absolutely crucial. Individuals have responsibilities to the outside world and can in return expect human rights based on non-violent principles, but crucially the pact between individual and society and/or the state must be a two-way street; Giving & Receiving.

This can only be achieved with individuals, women & men, boys & girls, transgendered & intra-sex people, who are psychologically, emotionally & mentally healthy and have free access to quality-balanced information. They must be part of an Empowered Participatory Citizenry, with gender relations naturally flowing from a place of mutual respect and based on the principles of Dynamic Equality. Inequality and injustices will not vanish overnight in the Postcapitalist paradigms of the near future, but they must diminish to an extent that few could imagine today. Society, whether non-state or state based, will interfere as little as possible in the lives of individuals with regard to choices concerning sexuality, gender identity, occupation, hobbies / pastimes, dietary choices, religion / philosophy (or lack thereof), life partner, narcotic usage, musical taste, dance style, sub-culture preference, provided that individuals are not harming others by their actions or trading in arms.

Radical Self-Love, an idea promoted by individuals such as Aurianna Joy, is a concept, or perhaps way of life, whose time has come and it requires many, inner and outer, lifestyle changes. Self-respect and respect for the rights of others are unlikely to flow from individuals who are primarily ‘units of consumption’, rather than being on a quest for a mature self-understanding of their place in the world. Those individuals abused in childhood or returning from war suffering with Post-Traumatic Stress Disorder (PTSD) will need mental / emotional healing in addition. The casual misogyny and sexism that has been all too prevalent since the rise of the Sumerian state approximately 7,000 years ago, often perpetuated by organised religion and, more recently, a complicit media, must be identified, understood, challenged and rejected. As must all discrimination on the basis of race / ethnicity and/or sexual orientation. This can only come about through global consciousness change of humans.

Dynamic Equality and freedom from wage-slavery will naturally result in much lower rates of mental illness. Improved mental health will result in better decision making thereby allowing reciprocity to facilitate positive feedback loops. We can, to a certain degree, reduce or occasionally eliminate any misunderstandings by having trusted, competent and neutral arbitrators available when necessary for dispute resolution. Moreover, the pursuit of flow state activities would become an explicit societal value, decision making processes and mental faculties will work more efficiently both interpersonally and within organisations.

Dynamic Equality is a concept that, which in part is related to laws and the criminal justice system, is more concerned with access to opportunity and resources (including but not limited to; housing; water; sanitation; nutritious food; a vibrant & diverse natural environment; electricity; education; stimulating work opportunities; leisure time) and physical, mental & emotional health. Dynamic Equality recognises that in the ebb and flow of life Dynamic Equality is impossible to measure but not to achieve. Human beings have different wants and needs both from each other and at different stages of their lives, thus absolute equality of rights and distribution of resources; equal amounts of electricity and education, for example, for each individual human; would be absurd.

Dynamic Equality would, in addition to personal and societal psychological changes, involve a tsunami of change for the criminal justice system and the legal profession in general; Courts of Law courts must become Courts of Justice and restorative justice must play a significant role. Dynamic Equality starts with self-respect, self-knowledge and compassion. Dynamic Equality is also closely related to productive labour and money. It is worth noting that while money, as we currently understand it, will ultimately disappear, transparent mediums of exchange (in both paper and electronic forms) will still exist and the levels of inequality of payment received, while varying per hour from job to job, will be a fraction of the situation that exists today. This is a time when it’s not uncommon for an elite professional athlete to earn anywhere from 100-4,000 times what a teacher or doctor might earn per hour; a time when bankers and the captains of industry could drive their company into the ground losing multi-million, and eventually billion, dollar amounts, necessitating government bailouts. Not only did they, for the most part, avoid any kind of prison sentence but were allowed to keep the millions in salary and bonuses they had accumulated up to that point. Dynamic Equality is a concept whose time has come. [2]

The characteristics of optimal education systems within a sustainable postcapitalist paradigm. Part six. 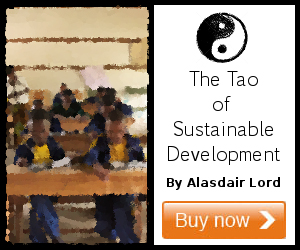